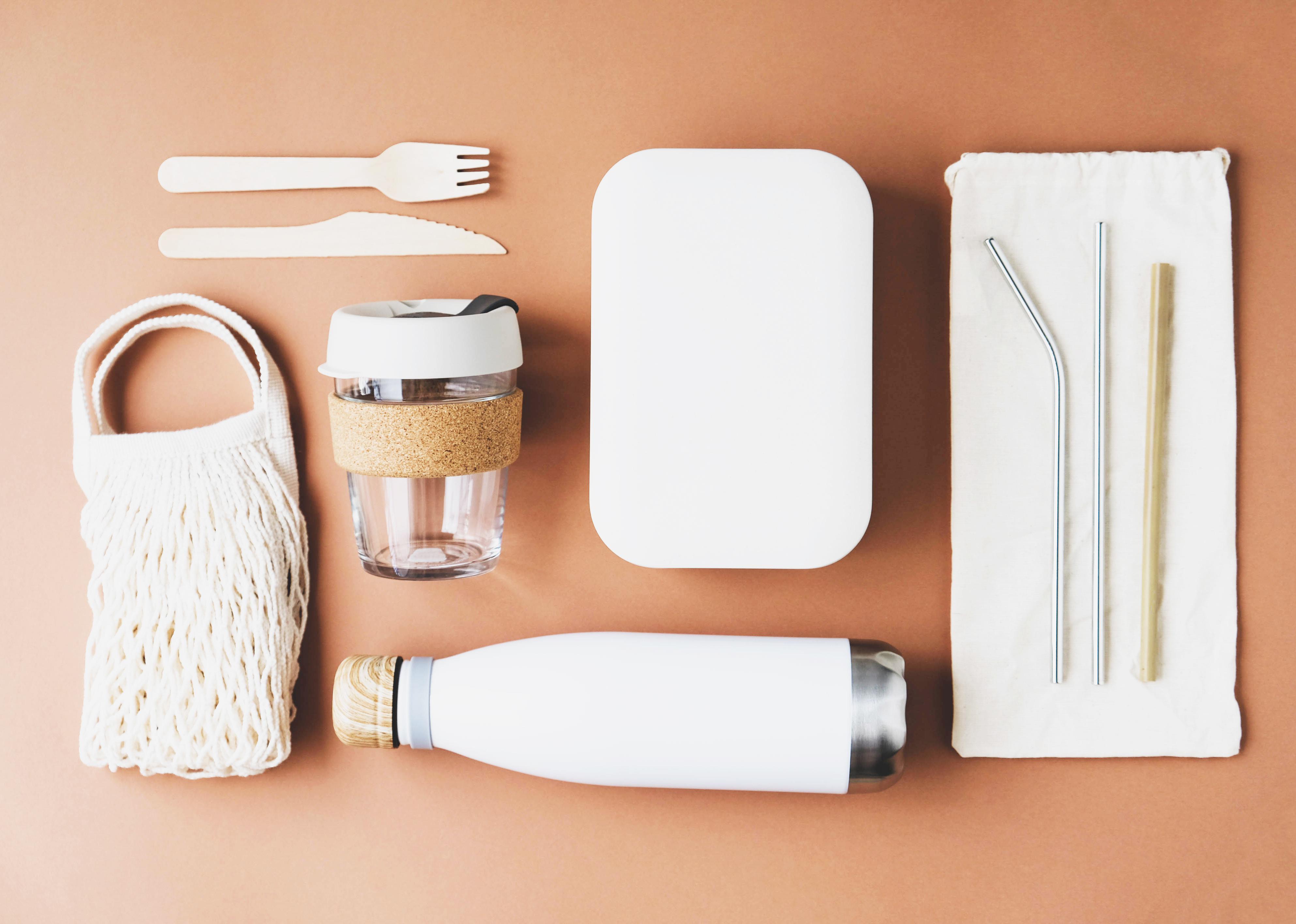 Here’s the impact of using 5 types of reusable items

Not all plastic is bad

Plastics are convenient for packaging, but can have detrimental effects on the environment and human health. In 2021, an estimated 583 billion plastic bottles were produced, totaling 100 billion more than in 2017.

The practice of reusing items can have a positive impact on the environment because it helps to reduce air, land, and water pollution.

Plastic was first created in the 1800s and proved beneficial to manufacturers in various aspects including medicine and design solutions, and was more affordable than other materials. After World War II, the U.S. introduced the mass production of plastic.

The 1950s to 1970s saw small amounts of the material being used in packaging or shopping bags, so plastic debris was more manageable during those times.

Since the emergence of the COVID-19 pandemic, single-use plastics have increased globally due to takeout food orders. Even with recent efforts to combat these concerning trends, plastics by the millions of tons are finding their way into oceans.

The Mississippi River—where plastic waste is carried to the ocean—serves as the drainage system for 40% of the U.S. A large amount of global waste is disposed of in landfills, streams, and oceans—which also negatively affects aquatic animals.

There’s been varied discussions on whether reusable is “better” than the single-use alternatives. Factors such as how often an item is reused, as well as how it’s refilled and cleaned all play a role in the environmental impact.

The Rounds compiled facts and statistics from environmental groups, government agencies, and news sources to understand how adopting different reusable products can impact consumers and the environment.

In 2018, close to a million plastic bottles were purchased every minute. For non-sparkling, one-time-use bottled water, it costs costs $1.17 on average. Switching to a refillable bottle would eliminate the use of 62 plastic bottles annually for each person worldwide, saving them $72 every year, and also cut down on the 40 billion plastic bottles used around the world each month.

The practice of using a refillable water bottle (not plastic) helps to reduce plastic accumulation in landfills, oceans, and streams. Plastic water bottles also contain a synthetic chemical, Bisphenol A (BPA), which has been linked to reproductive issues, as it mimics the hormone estrogen. This can change genes in the body, hormone concentration, and the function of the body’s enzymes.

Based on data gathered from straw manufacturers across the country, environmentalist Milo Cress reported in his research that Americans use 500 million drinking straws daily. The Be Straw Free Campaign further expanded on the research and found that 1.6 straws per person are used daily in the country.

One way to contribute to reducing the adverse effects plastic has on the environment is opting for metal straws instead. As with many reusable items, consistently using them over time is key to offset the amount of energy it took to make and wash them.

Metal straws do not rust and are simple to clean, while plastic straws are usually used once and then discarded. Over time, the costs accumulate for the person using the straws and also for governments who spend a lot of money on landfills.

A common assumption is that reusing the same container is safer for the environment, but here’s the real consensus: It depends on how often it gets reused. In addition to cleaning them after each use, reusable containers can require more materials and energy—and can also increase the container’s carbon footprint. It’s difficult to quantify the amount of plastic that would be saved by switching to reusable food containers, but one survey estimates that about 116 million people bought disposable food storage containers in one month in 2020, so the figure is certainly high.

Research published in the February 2019 edition of the Journal of Cleaner Production shows that reusable containers have to be used a certain number of times before being considered “eco-friendly.” In other words, it’s not just about having reusable containers, but remembering to use them on a regular basis.

Americans spend $5.7 billion on paper towels annually. Paper towels tend to be more convenient when it comes to cleaning, because you can use them and throw them away. But the end result is more waste in landfills.

Cloth towels are reusable and more eco-friendly if made from fabrics such as cotton and linen. Microfiber cleaning cloths work well for cleaning but contribute to microplastic pollution, which can have adverse effects on the environment and animals.

According to National Geographic, in 2018, 5.8 billion tampons were purchased in the U.S. alone. In a lifetime, a person who menstruates can use an estimated 5,000 to 15,000 pads and tampons and throw away 400 pounds of menstrual product packaging. The reality is the packaging for many of these products accumulates exorbitant amounts of waste annually and takes several hundred years to decompose.

After facing consumer skepticism about the safety of tampons due to many being produced from chemically bleached cotton, more companies are creating reusable and more eco-friendly menstrual products.

In recent years, menstruation products such as reusable period underwear and menstrual cups have emerged in advertisements. For people who use these reusable products, the reasoning is to help reduce waste and cut costs as the products last longer.

Reusable products such as period underwear can cost $35 on average and last a couple of years. Single-use products such as pads and tampons however can cost $159 or more each year. Some concerns about reusable menstrual products have been how to use them correctly and how sanitary they can remain when worn for longer periods.